Ulta Beauty’s investment in their e-commerce platform paid off. Earlier this year, it was reported the beauty salon company’s total traffic to their website increased by 74 percent with a 104 percent increase in mobile traffic alone. The result: Ulta Beauty’s online sales for Q3 rose by 62.8 percent from the same point last year. Online accounted for nearly 9 percent of all sales for the quarter. 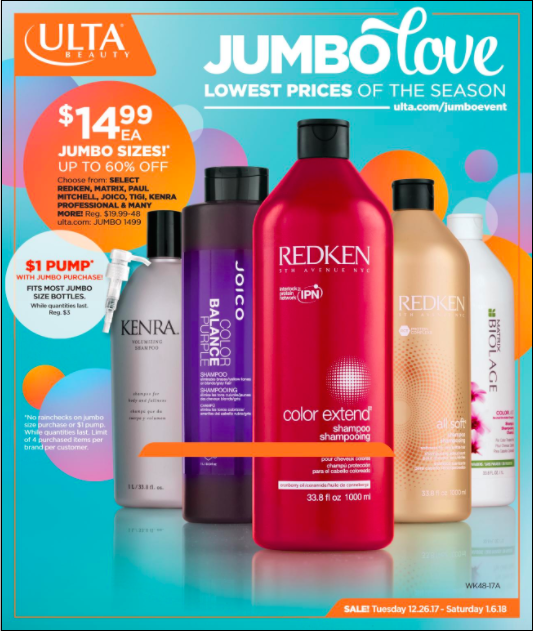 Improvements in the company’s supply chain lead to a 10 percent cost reduction to complete each online order, according to CEO Mary Dillon on an earnings call. Such improvements lead to the expansion of other programs, such “store to door” which allows customers to order items to be delivered to their house at no extra cost if they can’t find it in-store.

“We rolled out this capability chainwide at the end of the third quarter, and while this initiative is still fairly small in terms of demand, it’s proving quite useful and satisfying guests looking for hot brands that are not available in every store, such as MAC or Morphe,” – Mary Dillon, CEO of Ulta Beauty

M-commerce continues to be a focus of Ulta Beauty’s expansion efforts. Having re-launched their mobile application in Q3, the company saw their mobile traffic increase by 92 percent year-over-year. Ulta Beauty’s mobile app has been downloaded over 4.4 million times and has an average 4.8 stars out of 5 across the Google Play and iTunes stores.

Dirxion has partnered with Ulta Beauty to provide the company with new avenues to connect to their customers. This is done by utilizing Dirxion’s integration technologies and e-flyers within Ulta’s mobile applications. The e-flyer gives customers a new way to browse and purchase Ulta’s products in a format that can be sent to their customers at anytime from anywhere. This format also increases the efficiency in which Ulta can interact with and extend new deals to their customers. Integrated into their Google Play and Apple iTunes store applications, Ulta’s e-flyers receive a high level of exposure to their mobile customers.

Dirxion customer Ulta Beauty’s mobile traffic to their website increased by 104 percent with their total traffic increasing by 74 percent, according to FierceRetail. The increase is in part due to Ulta’s investments in online advertising and paid promotion programs through social media platforms.

“We continue to update, enhance our mobile apps which at last count has been downloaded by 4.4 million guests and has a 5-star rating in iTunes app store. Traffic for our mobile app is up 450% year over year with 41 million visits during the quarter.”
– Mary Dillon, CEO of Ulta Beauty

Mobile ownership and overall traffic on mobile devices has increased exponentially in the last decade. According to the PEW Research Center, 77 percent of Americans now own a smartphone as compared to 35 percent when the survey was first conducted in 2011. While mobile e-commerce, or m-commerce as its now commonly known as, has risen in popularity the platform still falls behind physical retail sales. However, consumers have adopted m-commerce platforms and the mobile experience as a researching method. Mobile devices have begun to influence offline sales at a greater, yet not always entirely clear, rate. 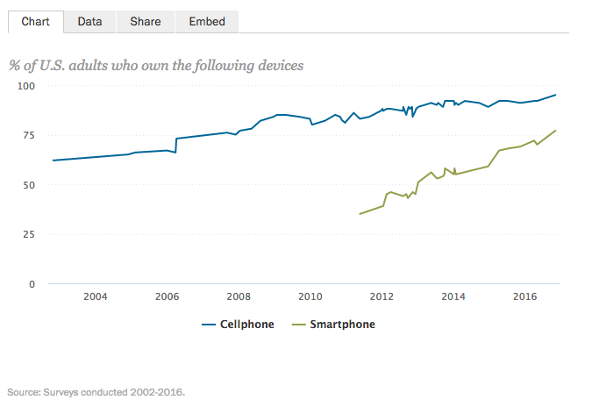 To explore the connection between retail sales and smartphone ownership, Google paired with Ipsos Media CT as well as Sterling Brands to conduct an online survey. The survey results revealed 71 percent of in-store shoppers who use their smartphones for online research say their device has become more important to their in-store experience. Many businesses, especially within the retail market, have steered away from mobilizing and creating an omni channel experience for their customers. According to GeoMarketing, “Retailers appear to view mobile as a channel for direct sales rather than a medium that can greatly shape consumers decisions of what and where to make a purchase. Retailers still don’t see mobile as a tool that can improve the overall customer experience online and offline in their stores.”

Partnered with Ulta Beauty, Dirxion has provided Ulta with new avenues to connect to their customers by utilizing Dirxion’s integration technologies within Ulta’s mobile applications. The format increases the efficiency in which Ulta can interact with and increase the quality of shopping for their customers. Placed on both the Google Play and Apple iTunes stores, Ulta now has a dedicated mobile audience through which they can extend news and deals to via push notifications.