Many retail businesses experienced growing pains due to the market’s shift towards e-commerce and the omnichannel shopping experience. Some businesses are facing massive closures and potential bankruptcy. Many others, however, thrived through 2017 and can expect success in the months ahead.

The holiday season provided an indiction for many market analysts which retailers would survive well into 2018 and which would fall. For instance, Sears and Kmart both saw sales drop somewhere between 16 and 17 percent while announcing plans to make multiple cuts worth $200 million in the near future, according to CNN. The company accrued up to $10.4 billion in losses since 2014 and currently has 1,400 stores.

Many market analysts and those within the company feel as if Sears may not make it through the year before declaring bankruptcy. But multiple legacy retailers have already done so in markets that traditionally thrived in brick-and-mortar locations. For instance, Toys R Us declared bankruptcy in September of last year and Payless ShoeSource Inc. did so in April. 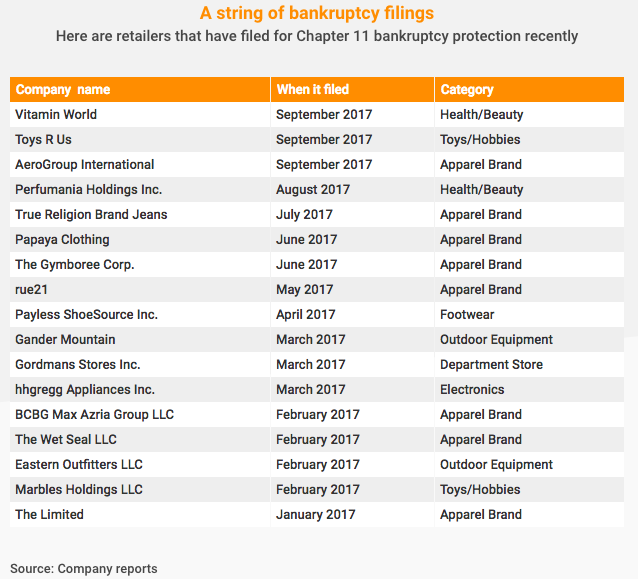 Other retailers haven’t fallen to the same fate as companies like Sears and Toys R Us. Target, who may be within Amazon’s sights, saw sales from November to December rise above expected levels to 3.4 percent. In addition, Target’s online sales grew by 25 percent. The company has a new focus on e-commerce as they purchased Shipt in December to bring same-day delivery to a majority of their stores by this year’s holiday shopping season.

“We will also remain focused on rapidly scaling up new fulfillment options including Same Day Delivery, which will be enabled by our acquisition of Shipt, and our recently launched Drive Up service.”
–Brian Cornell, CEO and chairman of Target Corp.

New technology and business methods have allowed many companies to create an optimal omnichannel shopping experience for customers while at the same time boosting sales. Walmart recently built online order kiosks in some of their stores which allows customers to pick up their online orders in-store. Mobile payment options have also been popular for many retailers and customers alike. The platforms allow customers to pay for their products in-store from their phone. By capitalizing on the rise of m-commerce, retailers have put preference into the hands of the consumers to make payments in the method of their choice.

Many companies are attempting to reach the same destination: a complete and comprehensive omnichannel for their customers. But such a business model isn’t exclusive to large corporations. Dirxion online catalogs give both retail and B2B companies a tool to create an omni channel approach for their businesses and aids any e-commerce operation. Both versatile and optimized with HTML5, Dirxion online catalogs ensure cross-platform and multi-browser performance standards are met.