Consumers have made their mobile devices a more integral part of their daily lives, using them at higher frequencies for a wider variety of tasks. Plenty of data has been collected which established a connection between higher smartphone usage across the globe and the proliferation of m-commerce. As a side effect, consumers have taken other services and shown an interest in taking them mobile.

In 2016, there were an estimated 238 million email users in the United States, according to Statista. In a different set of data, the United States is tied for second in weekly mobile email access rate globally alongside Italy and Japan. The data indicates 65 percent of mobile users in the U.S. accessed their email through a mobile device on a weekly device. Which means roughly 154 million users in the U.S. checked their email on a mobile device on a weekly device in 2016.

Email marketing has become a popular method of engagement for many companies. In many instances, email marketing provides a direct avenue to customers via highly-visible push notifications. According to data from Statista, 48 percent of companies surveyed indicated they planned to expand spending on email marketing in 2017. The same amount of respondents said they plan on maintaining their current email marketing budget while only 2 percent planned on decreasing. 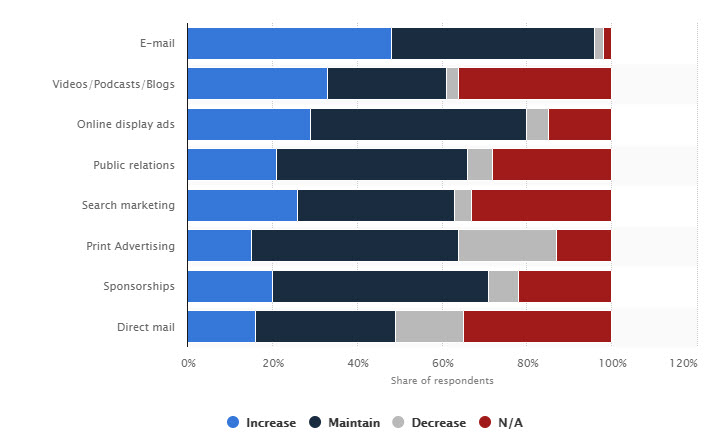 Three-quarters of companies agree that email offers “excellent” to “good” ROI, according to a 2016 survey from Econsultancy. Dirxion online catalogs can aid a business’s email marketing strategies as the familiar layouts and designs give a campaign an additional layer of depth and interactivity. Printing and shipping charges are eliminated with Dirxion’s services, which give businesses a new and engaging method to attract customers.