Amazon appeared in headlines all throughout 2017. Most noteworthy, however, was their $13.7 billion acquisition of Whole Foods in June. For months afterwards, market analysts discussed what the acquisition meant for Amazon, its competitors and the future of e-commerce as a whole.

Now, in a market landscape in which Walmart’s e-commerce poses a threat, many have indicated that Amazon must continue to make new acquisitions and improvements to remain competitive. According to Gene Munster, Loup Venture co-founder, this means an acquisition of Target by Amazon.

Walmart and Amazon began on opposite ends of the retail spectrum. With 4,672 stores, Walmart is one of the largest retailers in the U.S. and Amazon has long been dominant in e-commerce. However, the two are beginning to encroach into each other’s territory.

In August of 2016, Walmart announced they acquired Jet.com for roughly $3 billion. Many market analysts questioned the decision, wondering why Walmart would spend billions of dollars on an e-commerce platform that wouldn’t directly bring substantial profits to the company. However, Walmart instead used Jet.com’s expertise to restructure and bolster their own e-commerce platform, Walmart.com. Since that acquisition, Walmart’s e-commerce operation achieved a 50 percent growth rate in 2017 with a 40 percent growth rate predicted for 2018.

Amazon moved in the opposite direction, starting from its e-commerce base and trying to establish a physical presence. The company now sells their tech products and has Amazon Lockers for item deliveries and returns at select Whole Foods stores.

“This raises the question: will this create long-term changes and tailwinds for Amazon? Will 300-ish Whole Foods stores be enough to compete meaningfully in the brick-and-mortar space against Walmart’s 4000+ stores?” –Lauren Thomas, CNBC

According to Munster, Target and Amazon have similar demographics and Target’s 1,828 stores gives Amazon a manageable, nation-wide brick-and-mortar presence. If Amazon wants to invest in storefronts, it has to be uniform and widespread. These types of predictions for Amazon have happened before. At one point in time, analysts thought retailers such as Lululemon Athletica Inc., Bed Bath & Beyond Inc. and Abercrombie & Fitch Co. looked appealing to the e-commerce giant. 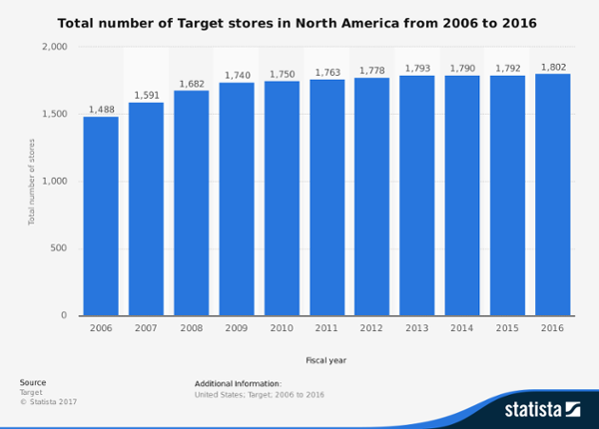 Regardless of the strategy, Amazon and Walmart are attempting to reach the same destination: a complete and comprehensive omni channel for their customers. But such a business model isn’t exclusive to large corporations. Dirxion online catalogs give both retail and B2B companies a tool to create an omni channel approach for their businesses and aids any e-commerce operation. Both versatile and optimized with HTML5, Dirxion online catalogs ensure cross-platform and multi-browser performance standards are met.