From the formation of stricter guidelines to a growing concern over fraudulent practices, online advertising went through a year-long adjustment period. Alongside record-breaking growth, the platform sought to settle into a sustainable format which delivers on promises to advertisers and customers alike. Estimates from eMarketer predict advertisers in the U.S. will spend almost $48 billion on online advertisements.

Customers are predicted to move away from a more open-market approach towards purchasing advertisements. For instance, it was reported earlier this year that global revenue lost to the fraudulent advertising method “spoofing” could potentially reach $16 billion by the end of 2017. In addition to potentially lost revenue, advertisers have had difficulties in recent years using large platforms such as Google, Facebook and their subsidiaries.

For years, such companies have held to the mentality that the web is too large to police; therefore, it’s hard to determine exactly where their customers’ ads will appear. In YouTube’s case, a daughter company of Google, multiple investigative reports and articles this year revealed advertisements were running on videos promoting hate speech or other illegal activities. For years, YouTube used to proudly display the volume of videos uploaded to their platform. Now at 65 years of video uploaded per day, that volume has become a challenge for YouTube to monitor and a warning sign to many advertisers.

“Taken together, the openness once touted by Google, Facebook, and Twitter has taken on a new, shall we say, less positive, meaning in the advertising world. The conversation there became about “brand safety,” and based on the steady string of stories this year wherein Google or Facebook got caught running ads in an “unsafe” fashion, neither company has given the marketing world confidence it has a real handle on the monster challenge of policing massive open platforms.” –Mike Shields, Business Insider 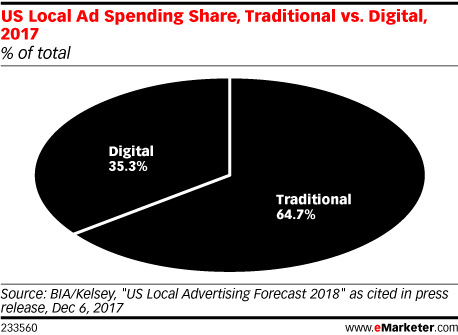